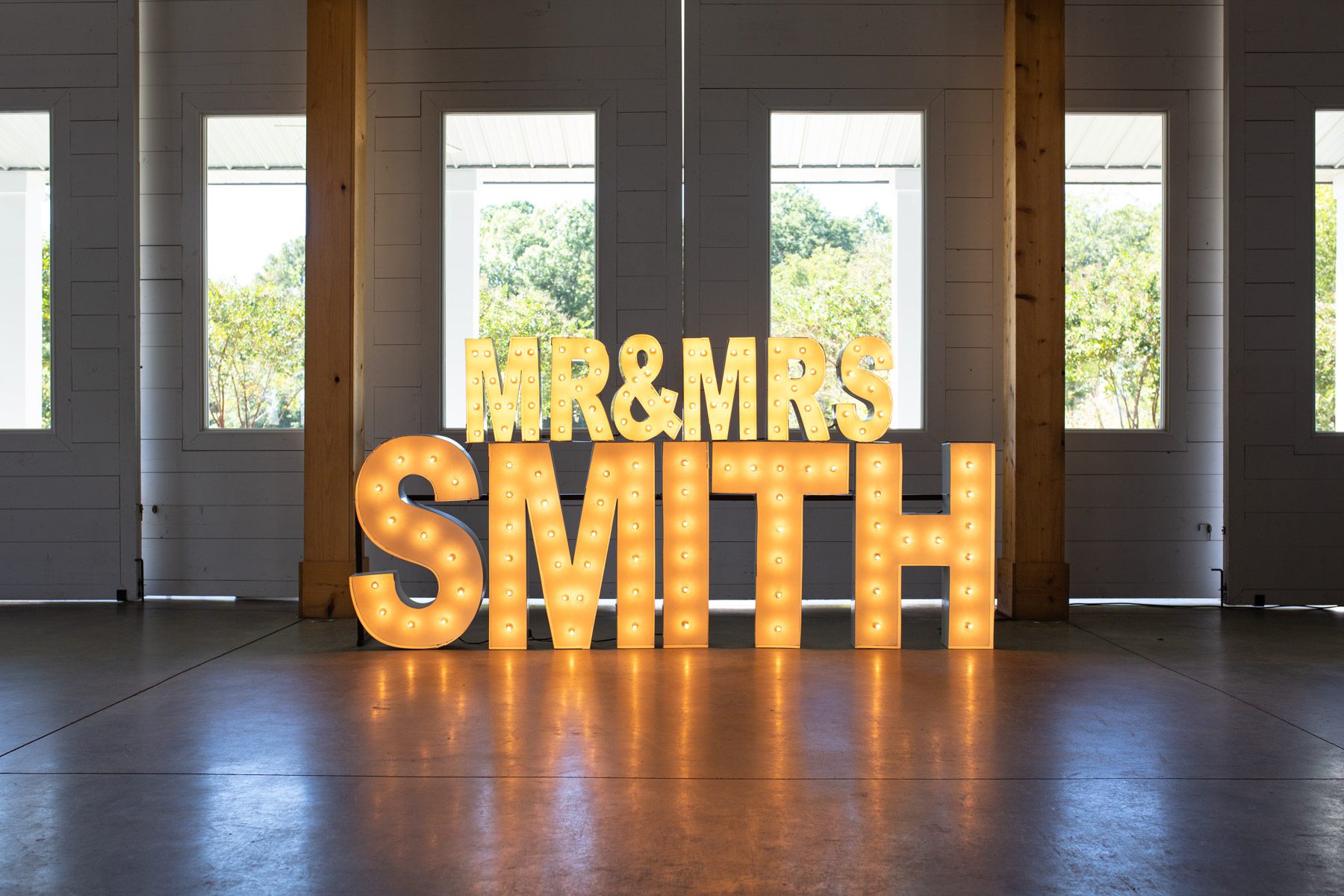 You Spell it, We Light it Up!

Alpha-Lit Marquee Letters add flair and photo opportunities to your NC wedding. They have locations in Raleigh, Durham, the Triad, Charlotte and across the south.

These marquee letters can spell anything you wish. Light them up and marvel at the effect. They look especially great at night, but can add flair to daytime scenes, too. For example, consider them for an outdoor proposal.

We know and work with Raleigh-Durham location, listed below. But, you can find Alpha Lit across the state. Find them in High Point (the NC Triad), Charlotte, Hickory, and Wilmington. They also have offices throughout the south. So, they love to serve weddings and events in these locations and anywhere in-between!

Mackenzie Skipper, an events industry pro with over 10 of experience, founded this company. She searched for letters for her wedding day but could not find anything within 250 miles. After Mackenzie and Dan Skipper were married, they decided to open Alpha-lit Marquee Letters Dallas! Now, two years and 100 + locations later, Alpha-Lit has continued to light up events not only in Dallas but all over the United States.

Amanda and Matt Smith are the local owners of Alpha-Lit Marquee Letters Raleigh-Durham. They are a lovely husband and wife team. You’ll love working with this duo! 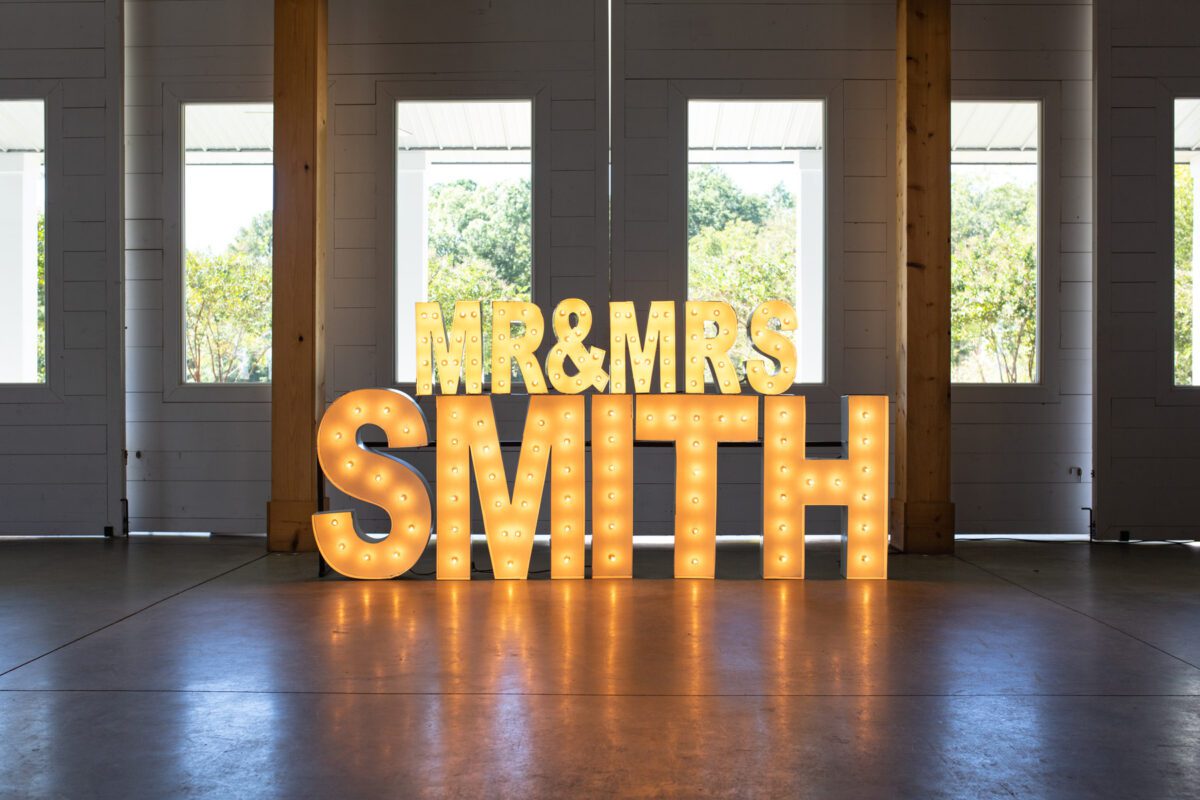 Special thanks to The Axtells: Wedding Photography + Films for the video on our home page.