Wedding at The Umstead Hotel and Spa Cary Wedding Venue

When Mark and Morgan Piegore met in 2015, she was struggling to carry the final boxes into her new Raleigh apartment, and he, in true southern gentleman fashion, swooped in for the rescue. As luck would have it, he was her new neighbor. After chatting, the pair exchanged numbers, and the rest is history.

For months before the proposal on Christmas Day of 2017, Morgan told Mark how much she wanted to adopt a golden retriever puppy. That dream came true while the couple was vacationing with their families in Boone for the holidays. Morgan walked downstairs to take family Christmas photos, and saw an adorable golden puppy, Ellie, under the tree. On her collar were five words, “Morgan, will you marry me?”

“I look up, he gets down on one knee and says the same saying engraved on her collar and proposes,” Morgan said. “After stammering through a boat load of crying, I said “yes”.

In the flurry of excitement after the proposal, the couple arranged for their engagement photos to be taken by Danielle of Blissmore Photography. Danielle was recommended to Morgan by a coworker, and after saving Danielle’s photos to her work computer, Morgan later stumbled upon her work again while searching on her personal laptop, once more falling in love again with Danielle’s photography style and personality.

“Not only was she professional but extremely fun throughout the picture process,” Morgan gushed. “We can’t thank her enough for her incredible eye and attention to detail.”

Wedding at The Umstead Hotel and Spa Cary Wedding Venue

The couple’s wedding was held at The Umstead Hotel and Spa, with a ceremony outdoors, and a reception held in the hotel’s grand ballroom. Morgan described the event as “the kind of day you imagine having as a little girl.” She expressed that the fairytale-come-true could not have been pulled off without the amazing event staff at The Umstead, who were willing to go above and beyond to help the couple in adding personal touches to their day.

Superwoman Gina of A Southern Soiree

The big day also could not have gone so seamlessly without Gina of A Southern Soiree, who Morgan lovingly described as “literally Superwoman.” Working late into the night, Gina answered all of their questions, planned each detail to a T, and made sure the big day went off without a hitch.

If you’re looking to plan a day with some of these spectacular vendors or need some inspiration, take a look at our website for our featured partners.

“Heart of NC Weddings helped me visualize what is possible and helped me identify aspects I wanted to include in my wedding,” Morgan said.  “It helped me decide what look, feel and vibe I wanted for the wedding overall which is the first big hurdle in planning, deciding what you want!” 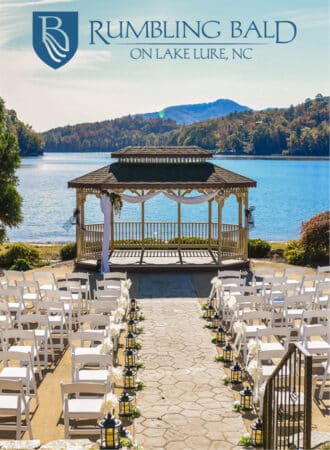 from Around Town Read Article

A Perfectly Picturesque Celebration at The Bradford

Life of the Pawty